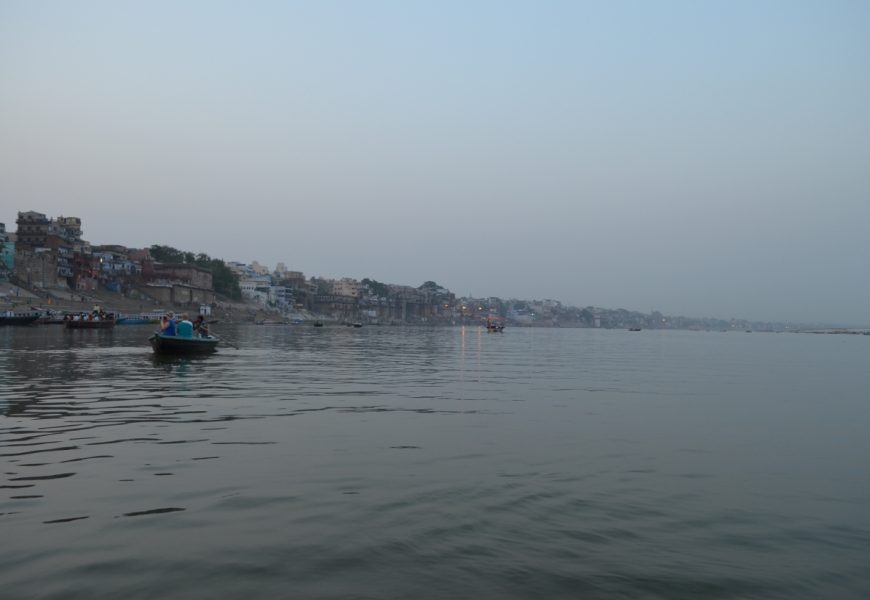 I grew up in Calcutta in a Gujarati family. We were steeped in Gujarati Vaishnav culture (a  particular branch of Hindu worship which keeps the god Vishnu and especially his avatar as Krishna at the forefront), along with a very strong attachment to certain avatars of the Mother Goddess. Down the ages, this Vaishnavism has been recognised for its strict vegetarianism and non-martial, almost pacifist traits. Both my parents were followers of Gandhi and his philosophy of ahimsa (non-violence) and satyagraha (struggle through truth) and had participated in the freedom movement.

From the beginning of the Satyagraha campaigns in the early 20th century, the state of Gujarat has had a tradition, especially of urban, ‘middle-class’ women, being independent, educated and taking on leadership roles in society. On annual visits to my parents’ hometown Ahmedabad, the capital of Gujarat state, there were a women of all ages zipping around on scooters, going about their business with no trace of any male escorts. My mother had made a name for herself as a Head Teacher and educationist there before she moved to Calcutta and began teaching in a college. I was used to having two working parents, but ours was the exception among our friends’ circle in Calcutta. In Ahmedabad I noted how many of my mother’s friends were working women holding positions of authority in government administration, in schools and colleges, and in places like the All India Radio, the all-important national radio network.

In my twenties and thirties, I associated this seemingly equal public visibility of women in urban Gujarat with ideas of democracy, liberal thought, secularism, and a growing gender equality that was typically Indian and Gujarati. Therefore, some of the most dismaying things about Gujarat’s anti-Muslim pogroms of 2002 were the reports of women fully participating in the killer mobs. This included people like Maya Kodnani who was later convicted of leading the massacres. Narendra Modi was the chief minister of the state during the bloodshed and was widely seen as being culpable at least in not stopping the killings, rape and arson if not for actually ordering them. In the years following the violence, while visiting Ahmedabad and speaking to relatives, I had to face the fact that a lot of my female relatives of all ages were starry-eyed Narendra Modi supporters. ‘Modi toh amaro bhagwan chhe!‘ — Modi is a god for us! Any argument I put forward about Modi’s direct or indirect responsibility for 2002 was pooh-pooed, swatted aside with a shrug and a snort: ‘Ei toh bas chhamakla hataa!‘ — Those were just some small incidents.

This middle-class Hindu Gujarati support base seemed to have stayed enthusiastically with Modi during his twelve years as the state’s chief minister and his seven years as the Prime Minister of the country. Until recently.

In unison the corpses cry out,

‘All is great, all is lekker!’

O Leader! In your Ram Rajya

This slap of verse opens Gujarati poet Parul Khakhar’s poem Shav Vahini Ganga (The Corpse-Carrying Ganga). There is no let-up in the rest of the short fourteen-line poem, as Khakhar keeps addressing the leader of the country as ‘Raj’[1]. The second set of lines goes:

Potentate! We’re out of pall-bearers,

out of mourners, we’re out of tears.

The Death Detail dances at every door,

O Ruler! In your Stiff-lipped Reich,

Parul Khakar may not have been a Modi cheerleader but till this last April there was also no trace of any protest against him or the BJP-RSS regime (the Hindu nationalist formation in power) in her poetry and songs, the geet and ghazals for which she was known. In fact, someone like her with a versifying virtuosity devoted to a certain kind of light rhyme, someone who didn’t venture anywhere near political comment of any kind, would have been the ideal ‘poet’ in the eyes of the Hindutva regime. In a recent, thinly anonymised article attacking her for the poem, the chairman of the Gujarati Sahitya Akademi (the state’s government-controlled Literature Academy), Vishnu Pandya even says as much — that Khakhar has in the past benefited from the Akademi’s beneficence — and his rage and bafflement at the ‘betrayal’ she has committed is almost palpable.

Khakhar’s literary treachery (as perceived by the BJP-RSS) is so powerful and beautiful on so many levels that even the most melodramatic fiction writer couldn’t have dreamt it up. In mid-April 2021 millions of us were horrified when we saw images of corpses floating down the Ganga, the holiest river of the Hindus. These were the bodies of those who had died when the Covid 19 virus took a deadly claw swipe through north India in the second spike which began in early April this year. It was immediately clear to people, cutting across all classes, geographical regions, religious beliefs and political allegiances that these tragic deaths were not because the virus itself had turned more deadly but because the national government led by Narendra Modi had taken their eye off the ball. Despite having had almost one year to prepare for just such contingencies Modi and his close circle stayed focused on scoring wins against dissenters and electoral opponents; most of the Covid victims died avoidable deaths because there was not enough oxygen, hospital beds and Covid wards to see them through their illness.

O Chief! Your melting chimneys belch, begging for a break,

Our bangles are smashed, our hearts pulped by ache.

The fiddlers play while watching the blaze —

O Duce! In your Model Dominion,

At a superficial first glance, someone like Khakhar might be perceived as not being far from Modi’s core constituency. If not out and out pro the BJP-RSS’s Hindutva fascism, you would expect someone like her to be at least willing to turn a blind eye to any crimes and misdemeanours that bubble up from the dark agenda in return for notions of a ‘strong’, ‘pro-business’, ‘pro law and order’, ‘truly patriotic’ regime. The fact that someone at least in the penumbra of that demographic had been moved to pen such a sharply acerbic poem directly challenging Modi in his mother-tongue Gujarati is highly telling of how far and how undeniably this regime has messed up. The reactive fury that Khakhar’s poem has generated among the Hindutva trolls and government sycophants is proof of this. As if this was not bad enough, the poem has now been translated into several languages and has been disseminated all over the world, leading to further online attacks on Khakhar, attacks which have quickly taken on all the ugliest misogynistic content of such campaigns aimed at women.

Khakhar’s first reaction to the official and social media assault against her was apparently one of shock and dismay. The threats, including those of sexual violence, forced her to shut down her social media accounts. But Khakhar also saw the huge, ongoing reverberation created by her poem. She began to receive many messages and phone calls of support from fellow Gujarati writers who’d not had much to do with her from their perches as ‘serious’ poets or literary critics. The solidarity and approbation went beyond this and included non-Gujaratis who had never heard of her. Initially Khakhar responded by stating publicly that she was a housewife and a home-maker who happened to also write poetry. But then she soon released a second poem exhorting people to ‘wake up’ their ‘unfeeling skins’ and ‘answer the clarion call of battle’ (against the prevailing situation and presumably its creators), and then rapidly a third one, Tarey Bolvanu Nahi (You’re Not to Speak) which pithily laid out the explicit and implicit reactions to which she was being subjected.

Even if the pain breaks all bounds,

The heart may scream — doesn’t matter —

You are hereby commanded:

cut out your tongue; leave it behind,

Even you will be hailed

Glance through the tomes of history, dear,

He who’s spoken out

Is he who’s been shot.

You’re not supposed to speak.

‘He who speaks, sells his wares’,

But ‘no good comes from opening your mouth’.

You’re not to speak.

‘There are nine boons in not speaking!’

call out your old, patriarch ancestors,

‘Remember! You’re not supposed to speak!’

One of the most painful things to witness after the Gujarat killings of 2002 was the widespread silence of most important Gujarati writers. My parents and their cohort had had their idea of literature forged in the outspoken, fearless Gujarati writing of Gandhi and his contemporary Gujarati poets, essayists and novelists; they had grown up reading and celebrating the kind of writing against the British Raj that could often land you in jail. The absence of anything even vaguely comparable in the face of murderous oppression and injustice indicated that perhaps Gujarati literature was now reduced to only being about light verse and catchy love songs. Perhaps the lesson from Parul Khakhar’s recent poems is that both history and literature take their time and very different kinds of time; literature may not always immediately reflect the twists and ruptures of political and historical events and then again sometimes it may become incandescent in exact synchronisation with them. Sometimes the river of history may need to breach its banks with bubbling outrage for a person to find the words and voice to sing songs of soaring disobeyance.

[1] I’ve taken the liberty of translating the word ‘Raj’ differently each time to try and convey the different meanings it carries. 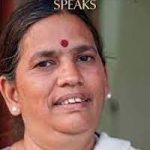 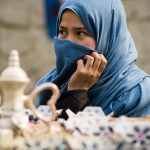 Next Story
Fear is their weapon, Courage is yours 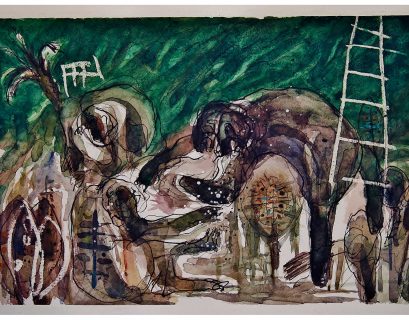 In the unprecedented circumstances of the present pandemic, governments across the world have been forced to take extreme steps in their...